In association lists, process interfaces are shown with a (1) double-arrow icon and (2) the name of the target workspace: 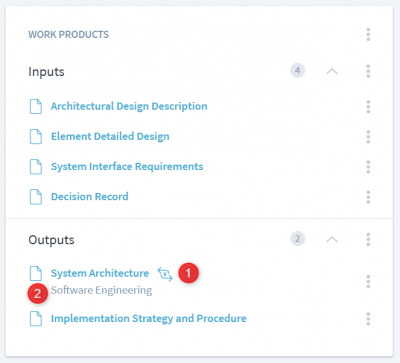