Whether you are migrating from V6 or V7.1, the process metamodel definition has been changed. Please see here for more info on how to migrate your existing metamodel to V7.2.

How to migrate reports

The reporting system has been simplified in V7. To migrate an existing report to V7, the following steps should be taken

How to use new V7 scripting capabilities

With new V7 capabilities, new entities and properties have been added to the Scripting API and existing ones were updated.

Tailoring Questions and Answers can now be accessed via this data model: 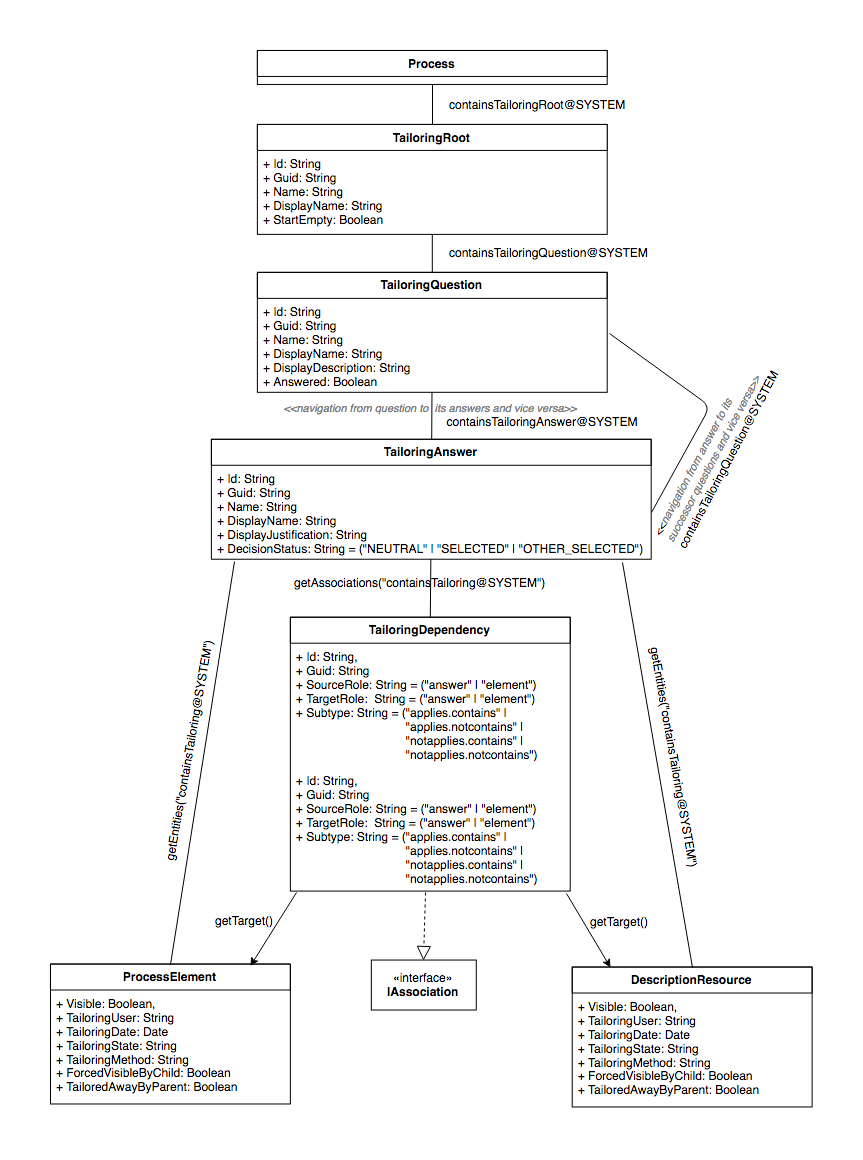 Reports are now always executed with the permissions of the current user. The asCurrentUser.run(…) script statement is not required anymore and can be removed. If left in the script, it has no effect anymore.

A new API call stages.getCurrentProcess() has been added as a shortcut for the existing pkit.getCurrentProject().getEntities(“containsProcess@SYSTEM”)[0] call sequence.